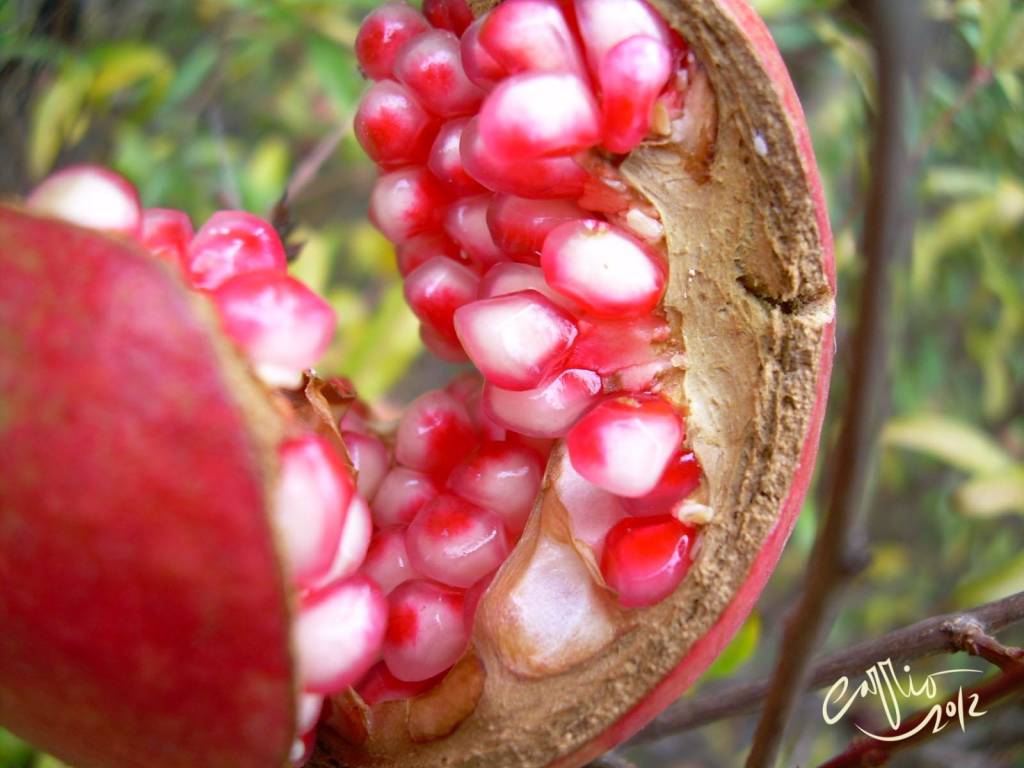 Seedless fruit is a bit of an oxymoron: seeded fruit is by definition a fertilized ovum and its nutrition source. It is the source of the next generation of plants. The botanical developmental leap to seeded plants (from ferns) allowed the genetic diversity and versatility of plant life that we know today. Seeds are a sign of the fertility and vitality of plants. Seeds are primary in human nutrition; grains, beans, the spices that increase the bio-availability of nourishment, and many Ayurvedic (and other herbal) medicines are made from seeds. Ayurveda sees the seed (and fruit) as the most rich and nourishing part of the plant. It is the part of the plant that nourishes fertility and vitality.

Yet more and more of our food crops are infertile.

You may have noticed watermelon without seeds, and grapes. Now we have lemons, tangerines and oranges without seeds. These convenient varieties benefit us by saving the time and mess of removing seeds & they are more appealing for kids. There are also a number of other infertile seeds that we eat everyday without knowing it. Genetic modification has produced a whole class of crop seed that cannot be used to grow plants the next year. The ‘convenience’ of this is mainly a clever way for giant seed manufacturers to force farmers to buy new seed every year rather than saving their own seed, or breeding their own strains.

The way classical Ayurveda understands this is all about fertility and cell stability. Ayurveda emphasizes fertility as a sign of health. A prime marker of a healthy body is the ability to create babies that can themselves create healthy babies. The health of all 3 generations must be taken into account.

We can use these simple Ayurvedic principles to understand what is happening here: like increases like, opposites decrease each other, and everything we come in contact with affects us. Eating the fertile, nutritious and rich part of a plant (or animal) will make us fertile and nourish us well. It is not a great leap to say that eating an infertile plant will affect our fertility and tissues negatively (see the western science evidence here). But there are broader implications as well; fertility in the body is based on the health of one tissue called shukra dhatu. Healthy shukra dhatu is evident in fertility and also courage and attractiveness, sense of pleasure in life, fortitude and the ability to replicate oneself (think babies, cell division, and manifestation of projects).

This concept of having the ability to replicate oneself faithfully and healthily is important on many fronts. First we can talk about the ability to create a fetus, and then of the fetus to form healthy tissues and proper body functions. Impotence, infertility, miscarriages, birth defects and early childhood illnesses can often be seen as a product of damaged shukra dhatu. Children’s bodies grow and develop in the proper time due to accurate replication of the information coded in their cells. Premature or delayed childhood development as well as unusual levels of fear, lethargy, or shyness can be tied to improper shukra. Then there is the idea of cell reproduction in an adult– the right speed of cell renewal creates strong healthy long-lived tissues; improper replication creates cancers, delayed healing, or lack of renewal and thus premature aging. As an adult also the signs of depleted shukra are often seen in emotional health when depression sets in, pleasure seems an unachievable goal and small challenges stop the progress of creation and manifestation. As you can see a body can survive damaged shukra dhatu, but it cannot thrive.

Consuming foods that support shukra dhatu must be emphasized throughout life. This is why Ayurveda places so much emphasis on milk, ghee, the seedy pomegranate and fig, and fertility increasing herbs. But now we must consider also the fertility of the plants we eat. This was not a consideration in the ancient history of Ayurveda as all foods would have been fertile thus all foods would have nourished shukra dhatu.

Perhaps it is simplistic to say that all fruits without seeds are infertile. Those with a western science background will know that seedless fruits (and infertile grains and beans) are created in a number of different ways.  Some seedless fruits happen naturally (the ovum is not fertilized thus no seed develops, like chickens with no rooster around), a tendency that can be encouraged by selective breeding. Plants that have a tendency to fully mature only a few seeds but maintain vestigial seeds (eg. bananas and persimmons) are bred to mature fewer and fewer seeds. Then there is the intentional cross breeding of different species to form triploid plants which are truly infertile (a bit like the infertility of the mule, a cross between a horse and a donkey), an ‘ancient’ technology. Beyond that there is modern meddling with genes (GMO technology) where splicing genes into cells is used to create, among other things, terminator seeds. According to ayurvedic reasoning all of these methods come with serious implications to the health of the consumer. The well being of the farming communities dependent on growing these crops and the sustainability of local and global ecosystems are obvious even without this reasoning. A very detailed Ayurvedic analysis might distinguish between these different methods and their impact on the body of the consumer. But for this discussion simply knowing the infertility of the plant is sufficient to avoid it.

It would not be holistic, nor Ayurvedic, to look only at the impact on the consumer but to extend our analysis to the impact on the larger social, economic and moral sphere. I want to touch on a few of the broader implications of infertile crop foods, though I imagine most readers will be familiar with this information. Infertile plants which are regenerated from tissues (grafts, buds, cuttings etc) lead to decreased genetic diversity and all sorts of problems including the current crisis facing the banana crop. Terminator seeds are having a dramatic and reprehensible impact on the communities that farm these crops. The main problem here of course being that the power to create food is taken from the farmer and put into the hands of giant multinational seed producers.

The long term consequences of infertile foods and other ‘modern conveniences’ are being predicted via Ayurvedic principals by the most sattvic and knowledgeable minds. The ideas I have fleshed out here are fully indebted to my senior teacher Vaidya Dilip Gadgil of Pune, India. What impacts we see on individual health may only be verified after years of eating these foods. In the meantime there is no level on which infertile crops are going to benefit the long-term, global health of the planet nor our individual health. 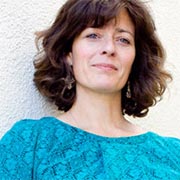 About the Author Eden Tosch

Eden Lorraine Tosch, MSc is a Registered Ayurveda Clinician (AAPNA). Her background includes formal training in Classical Ayurveda Medicine, many years as a massage therapist and graduate work in Cultural Studies and Social Psychology. Eden believes that Ayurveda offers an emancipatory health care choice with the potential to bridge individual self-awareness, social justice, and spiritual aspirations. She is an alumna of Shubham Ayurveda in Fremont, CA.
http://www.edenayurveda.com
Facebook