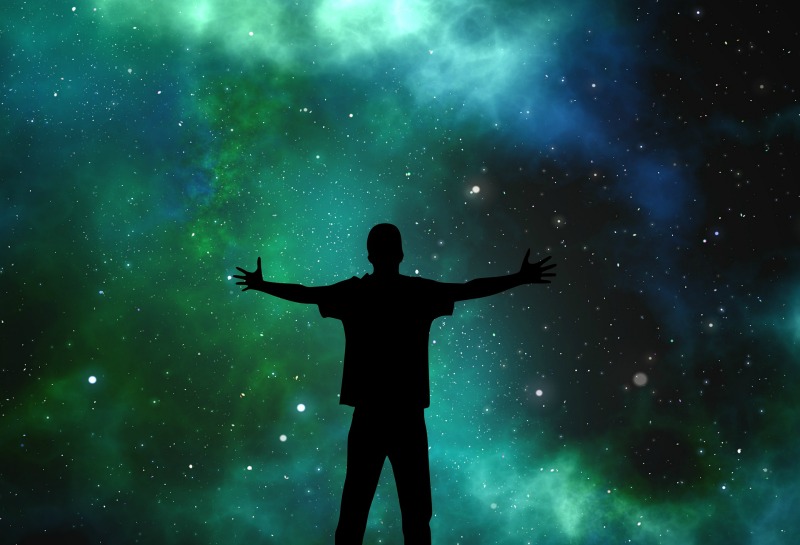 Ākāśa is a Sanskrit word which means all pervading, ether or space. Ākāśa is the first of the Mahā Bhūtas, essential elements, that make up the universe. Ākāśa signifies the space where all manifestation exists, as well as beyond manifestation. I always say, “Ākāśa is a bridge element between the manifest realm and the unmanifest realm.” In Yoga, Ākāśa signifies expansion, emptiness and the space that is without resistance. Ether is the space where creativity arises as if from the void itself. Ākāśa is also the element associated with sound and therefore is closely linked with Sanskrit and mantra.

~ When considering Ākāśa through the lens of Yoga: Shift into a feeling mode. You can connect with Ākāśa, by chanting a Sanskrit mantra and feeling the inner expansion that arises afterwards.

~ When viewing this word in the context of Ayurveda, think of Ākāśa as the space within your body. According to Dr Vasant Lad, ether is that space which holds pure spiritual energy. So to tap into ākāśa is to connect with your soul. Consider, how can you support the experience of more space within you? And consider how do certain asanas and Sanskrit mantras support inner and outer expansiveness? Write your insights down.

1. Connect with your breathing
2. Feel your feet underneath you
3. Say the first syllable ‘A’ (drop your jaw on the ā as you allow its length to be expressed feel the slight pause)
4. Then say ‘kā’
5. Then engage the second mouth position ‘śa’
6. Put this all together: Ā- kā- śa – Ākāśa – Great!
7. Don’t forget to enjoy the feeling of saying Sanskrit words. Sanskrit words are particularly pleasing to hear and say. Let the feeling of the word meet you.

In the next Quick & Sacred Sanskrit series, I’ll be sharing about the Tanmatras.