How To Punch Your Karma

Panchakarma, affectionately called, “punch your karma,” is Ayurveda’s most profound therapy. In fact, there is some truth to describing it as a therapy that will punch through your physical and emotional karma.

But I thought Ayurveda was the science of medicine to fix the body, not my karma?

Interestingly, both Yoga and Ayurveda – known as sister sciences for the body – are much more than that!

Yoga and Ayurveda are both vedic sciences. Veda means truth, suggesting that the object of any vedic science is to reveal the truth.

In the case of Ayurveda, which can literally mean, the truth of life, healing the body becomes a vehicle for discovering our true nature. Keep reading to discover how the same patterns of stress have been causing disease for thousands of years, and how an ancient Ayurvedic method aims to target the very root causes of your imbalances.

The Great Battle and Freedom from the Mind

The Bhagavad-Gita is Hinduism’s holy book, and much like the Bible, the Torah, and the Koran, it is believed to be a text that directly conveys a sacred truth.

In this ancient epic story, Krishna, who represented the God-head, and Arjuna, the warrior, find themselves in a battle against their cousins, who wield an army 2000 strong. You could call it a family feud.

Krishna represents the truth – in this case, freedom from the neediness and discursiveness of the mind. Arjuna represents the warrior archer fighting against the mind for freedom. The cousins represent the mind’s neediness in the form of greed, jealousy, attachments, resentment and revenge.

The war between them is called the Great Battle, or Mahabharata. In the Bhagavad-Gita, it is said that this war is fought in the mind and heart of every man and woman on earth.

Let’s take a look through an Ayurvedic lens at how this battle may still be playing out in our hearts and minds, thousands of years later, and causing dis-ease.

It Begins in Childhood 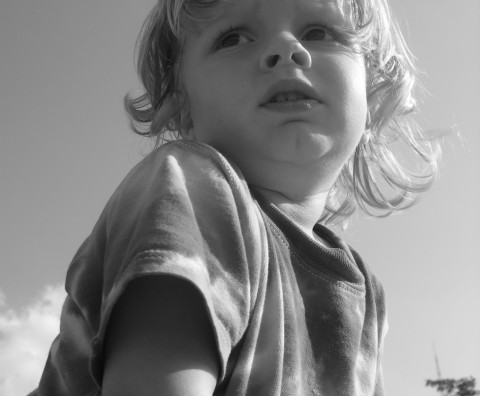 Though we are all born with a trusting, open heart, sometime in childhood, we experience the pain of getting hurt, teased, ignored, etc. Alas, the very delicate human heart learns of its own vulnerability and employs the mind to protect it from getting hurt.

In response, the mind conjures up a personality, which is like a shield against getting hurt– maybe your personality was a straight A student, a rebel, or the class clown. As we get older, the disconnect from our true nature and the identification with this new personality leads us to use emotions and attachment to the senses in the form of money, power, fame, drugs, sex and more, to seek happiness outside ourselves.

As a result of all the attachment and seeking, the nervous system works much harder. Imagine how much energy it takes to maintain a perfectionist personality, for example, in the effort to seek approval from the outside world. Imagine carrying that mindset into your adult life and how much unnecessary thinking and stress this incurs.

This happens in some way to all of us. Unfortunately, the stress of this internal battle often has physiological consequences.

Where Does the Stress Go?

For thousands of years, Ayurveda has maintained that the stress produced by the mind in the form of emotions, excessive thinking and protective personality traits ends up being processed through the intestines rather than the mind. So, while the mind creates the stress, the digestion takes the brunt of it!

This view has now been supported with ground-breaking research published in Michael Gershon’s book The Second Brain. In fact, 95% of the serotonin we think of as residing mostly in the brain is actually in the gut. Only 5% of the body’s serotonin is in the brain at any given time.

When emotional stress is processed through the gut, the function of the intestinal wall becomes compromised. This can manifest in the form of constipation, loose stools or even go unnoticed.

Our bodies are meant to rid themselves of toxins on a regular basis. The catch is, the detox pathway is the digestive pathway, and if the gut is not digesting well, then it will not detox well. In a toxic world, it is wise to be sure that your natural detox pathways are working well.

Over time, the inability to digest well and hence detox well causes the accumulation of toxins in the lymph, liver, fats cells (cellulite), joints, and in the brain. To restore balance, these accumulated toxins must be removed from the body and proper digestion and detox function must be revived.

Is A Detox Enough?

Keeping the detox and digestion connection in mind, I designed a variety of home cleansing options – including our free eBook on cleansing called the Short Home Cleanse, and our Colorado Cleanse. All cleanses, in my opinion, should reset optimal digestive function before actually releasing the accumulated toxins from the fat cells, ensuring that they get escorted out through the elimination process instead of being moved from one storage place in the body to another.

But, going back to the beginning of this story, it isn’t just toxins that we are trying to escort out of the system. Ironically, the root cause of the original stress was the protective behavior pattern, the protective personality, that was originally meant to shield us from pain!

Like physical toxins, these emotional toxins – called mental ama in Ayurveda or molecules of emotion in cutting-edge science – are also stored in our fat cells. Though a good cleanse will effectively dislodge and eliminate many toxins, these ancient negative emotions and protective patterns from our childhood often need a little extra coercing to bring them out of their hiding places.

In Ayurvedic medicine, Panchakarma was the premier therapy designed to release stored mental ama, or molecules of emotion, while bringing balance back to digestive and detox functions.

Panchakarma is not one therapy. It is a time-tested series of therapies that resets the body, mind, and emotions from different angles. It is a rare opportunity to deeply rest the body, turn off the mind, and give the body’s natural awareness of health and its ability to heal itself a chance to engage.

The end result of the Panchakarma process is clarity – enhanced self awareness.

In fact, this healing process was originally reserved for royalty, ensuring that at least the leaders had clarity of mind and from there could make the best decisions.

During Panchakarma, once the body is purified and silenced the awareness of truth is re-established and the body and mind are ready for the punch your karma part! Now that we have the platform of self-awareness, we can break the unproductive karmic patterns with guided action steps to be free of the hold the mind has on the health of the body.

Targeting the Molecules of Emotion

Interestingly, the receptors that carry molecules of emotion are concentrated in certain areas of the body. According to Dr. Candace Pert at the National Institute of Health, it is therapy in these areas that can potentially have the most profound healing impact.

These receptors for transformational change are found all over the body, but concentrated in these areas:

By releasing the molecules of emotion stored in the physical body, Panchakarma frees up the body’s information network, allowing psychological, immunological, and endocrinological processes to flow freely.

The Road to the Truth 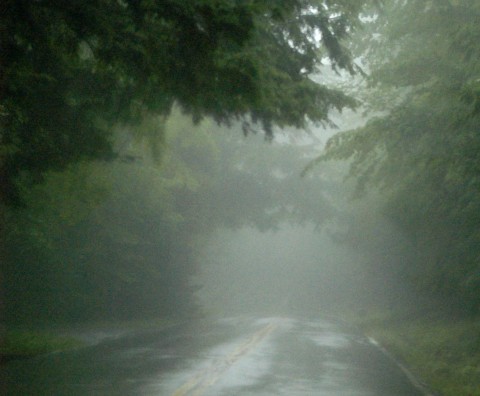 So, what is this truth that we are trying to uncover in Ayurveda, the truth that was initially covered up by our protective behavior patterns and personality traits? This truth we seek to experience is our true nature, which is love and the full willingness to engage in life’s most fulfilling purpose, which is to give.

The mind has convinced us that if we give too much, we will get nothing in return, so we better make sure to first receive enough before we consider giving. The mind has done a great job convincing us of this notion that happiness will only come from something outside of us, or in a material form.

The truth, however, is exemplified by the sun: it needs nothing, yet it constantly gives. It is not attached to anything. The sun really doesn’t care if the flowers blossom. If we cut its trees down or kill its cattle, it still gives in the same constant way. The sun cannot not shine and give of its light, because that is its nature.

We are the same – it is our nature to also shine, be bright, big, loving and free, but our minds have convinced us that this way of being is too risky. Through Panchakarma, we assure our nervous systems that it’s safe to let down its guard and release old toxic pent up molecules of emotion, so that we may find freedom.

Once the awareness of truth is re-established, then comes the action step.

Instead of blame, greed, jealousy, resentment and revenge (all the distractions of mind that Arjuna and Krishna battled in the Bhagavad Gita), you can take the opportunity to act based on your truth. Be like the sun. Respond to that feeling of affliction with actions of affection, knowing that you have nothing to lose and everything to gain.

This is the power of Panchakarma. We can punch our karma – or challenge ourselves to act from a place of freedom and truth. If it feels impossible now, Panchakarma truly does give us the safety and clarity that we need not only to make this possible, but the only way to really live.

This is what Krishna was trying to teach Arjuna – that there is no one powerful enough, no reason good enough, and no pain bad enough for you to become someone that you are not. Be the sun, love because it is your nature, and walk every day with the awareness and clarity to challenge your mind’s illusion and be free!

Reproduced with permission from Dr. John Douillard, DC © February 27, 2013. Original Document, How To Punch Your Karma.

Previous post Feeling Not So Confident In Your Skivvies (And Need Easy Tips For A Better Bod...)?

How To Do A Simple Ayurvedic Detox At Home 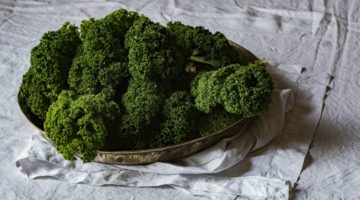