How To Clear Your Sinuses + Emotional Baggage

Nasya is considered to be one of the five most powerful therapeutic techniques in Ayurveda. Nasya is the nasal inhalation of herbalized oils into the sinuses. This can be done in an attempt to clean out lymphatic vessels in the brain – called the sagittal sinus.(1, 4) The saggital sinus is just under the skull on the top of the head in the pattern of a Mohawk haircut.

According to Ayurveda, when these lymphatic channels become congested, toxins can build up in the brain and cause serious mental, emotional and psychological disorders. It is said that these lymphatic vessels constrict as a result of trauma, with the consequence of us burying the memory of these traumatic experiences. This process allows us to move through these traumas and continue on with our lives, albeit with unconscious emotional patterns still in play.

New research suggests that the brain lymphatics are related to mood stability and, when congested, can cause a host of brain and mental and emotional concerns. (5,6,7)

How To Clear Your Sinuses: A Case Study

A few years ago, a patient came with a history of adrenal exhaustion, blood sugar imbalances, endocrine irregularities and a very large goiter. Working with her medical doctor, we designed a plan to help detoxify her congested lymphatic system. The main treatment that we used was a series of nasya treatments that involved sniffing herbalized oil with ginger into the deep sinuses. I describe this at-home therapy in this article and in the associated video.

I also gave her a series of self-inquiry exercises to do to help her release some of the old emotions related that might be related to this thyroid condition.

After the third nasya treatment, while she was doing her self-inquiry exercises, she had an epiphany. She saw herself as a 14-year-old being abused that she had totally blocked out of her mind. She said that what was most amazing about this experience was she was not really affected by the memory of the abuse. She was more taken aback by her life experience before and after this abuse. Before this day, she was a happy-go-lucky, fun-loving child. After this day, she noticed that she became a more serious, type A, driven person. She became a straight-A student, perfectionist, and then a corporate executive that worked 90 hours a week. She had a huge capacity and pushed herself to accomplish any task at hand, whether it was at work or at home.

She realized that this 10 minute event, while quite terrible, was not worth ruining the next 20 years of her life. When she saw the contrast of her life before and after this event, she said it was easy for her to just let go of this trauma.

This is exactly what Ayurveda predicted would happen when you detoxify the sagittal sinus. Old emotional traumas would be released and a new level of awareness would prevail. This new level of awareness would be stress-free, and would not drive the body into such a state of exhaustion that it would burn out her adrenals, blood sugar, and her thyroid.

At the end of her 1-week detox with the naysa therapies, the goiter in her neck had drastically shrunk. When she started, it looked like she had a grapefruit in her neck. Seven days later, you could barely see it.

Her stress levels decreased and, after a few months, her hormonal imbalances stabilized. Soon after, she got pregnant and gave birth to a healthy baby. The goal of this therapy was to increase self-awareness, to break the pattern of unconsciously doing the same self-harming stuff again and again, so we can start enjoying this precious thing called life.

The traditional name for this therapy is called, shiro (head), abhyanga (massage), nasya (nasal inhalation) or SAN. This is an advanced version of the daily practice of nasya, where you sniff an herbalized nasya oil in order to lubricate and protect the sinuses. The super-nasya therapy starts out with a deep facial, head massage, steam and aroma inhalation. It is then followed by a nasya therapy, and then followed by an herbal nasya with ginger – which is designed to clean out the saggital sinus and stimulate the brain lymphatics. Practice this 3x/week for 4-6 weeks at home. This practice is ideal during a cleanse or detox like our Lighten Up 4-day Cleanse, our 4-day Short Home Cleanse or our 2-week Colorado Cleanse. Do not do this within two hours of bedtime.

CAUTION: If you are sensitive to smells, aromas or generally sensitive by nature, please do not proceed with the Ginger Drop Nasya.

This article was reproduced with permission from Dr. John Douillard, DC © February 4, 2016. Original Document, How To Clear Your Sinuses & Emotional Baggage. 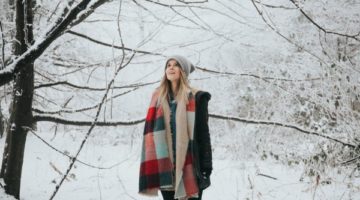