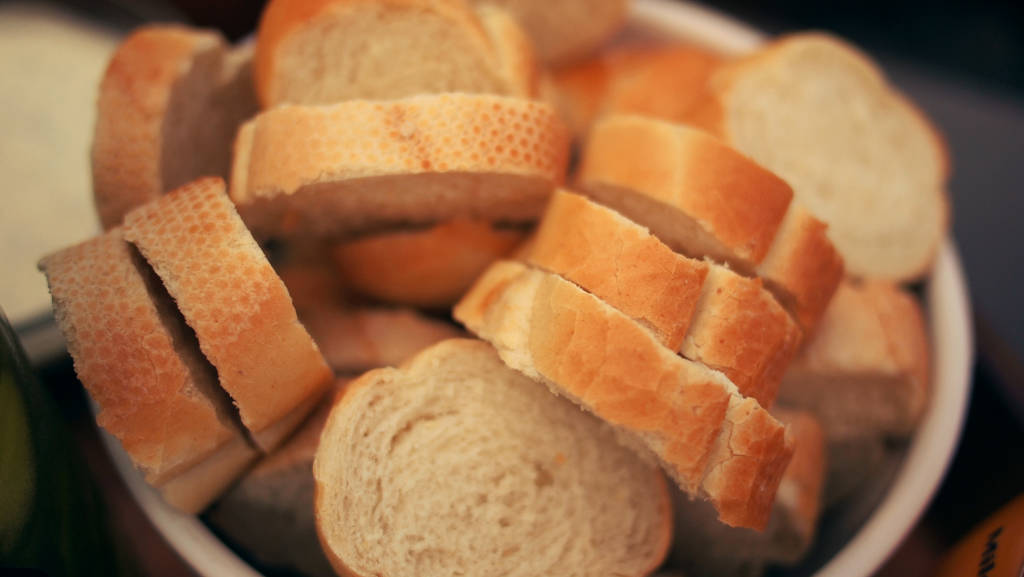 The multi-billion dollar gluten-free industry is fueled by books, blogs and gluten-free products all suggesting that gluten is the new poison rather than a protein. After 30-plus years of practice dedicated to gaining a better understanding of digestive health, I found that solely removing wheat and dairy from the diet offered only a temporary fix for a more complex problem – a suboptimal digestive system. After decades of patients telling me that, while they felt better initially without wheat, within a few weeks or months, the digestive distress, bloat, weight, fatigue and brain fog would all came back.

Combining the wisdom of Ayurveda, natural medicine that is now backed by volumes of amazing new science, I have been able to help my patients gain the ability to break bread once again and conquer food intolerance. While I was having great results with my patients for years, there is an overwhelming amount of new science that I cite in Eat Wheat (605 studies referenced) that suggests that wheat is actually good for you, and that the overwhelming amount of processed foods and overeating of wheat has bogged down our digestive systems. All of this made me decide to write my new book, Eat Wheat.

I recognize that people really do feel bad when they eat wheat, and I am not ignoring their discomfort in any way. I just want to be sure we don’t repeat the same mistake we made 60 years ago – blaming cholesterol for heart disease – which has contributed to today’s epidemics of diabetes, obesity, depression and poor digestion. It was only this year that the FDA finally took cholesterol off the nutrient concern list, after years of a devastating misinterpretation of the science. (5)

Are You Gluten-Free? You Might Not Have To Be… Take the Quiz Now!

That said, I do not believe anyone will die if they do not eat wheat and dairy. However, if you were once able to eat these foods and now have taken them out of your diet because you don’t feel good after eating them, you may be risking more severe health concerns down the road. For example, we dump almost 4 billion pounds of toxins into the American environment each year, and 62 million of them are carcinogenic. (4) If you cannot optimally break down wheat or dairy, how are you going to detoxify mercury from coal-fired power plant emissions that have the potential to reach almost anywhere in the United States and contaminate even organically-grown crops and organically-raised animals? (6)

Studies also tell us that these toxins literally break down the naturally-occurring enzymes in our bodies that have been found to break down and digest gluten and other hard-to-digest proteins. (1) Over time these toxins can dramatically reduce the ability of the intestinal tract to digest many foods that play important roles in our human nutrition – some, like wheat, for millions of years.

Yes, that is correct. I said millions of years. I realize that many experts claim we have only been eating wheat for 10,000 years, and that this just is not enough time to genetically adapt to this “poisonous” grain. The science simply just does not support this claim.

Recently, anthropologists performed carbon isotope analysis on the tooth enamel of early-human skeletons that date back 3.4 to 4 million years ago and found substantial evidence of C3-type grains, such as wheat and barley, suggesting that hominins have been eating wheat for millions, not thousands, of years. (2) That study suggested that the average early human, some 3-4 million years ago, ate on average 40% of their diet as grasses – most of which had gluten and some early hominins ate as much as 70% of their diet as grasses or grains. (2)

As the ice age shrunk, the African rain forests and the African continent became one big savanna, blanketed with gluten-rich grasses including wheat and barley, and early humans had to source a new type of food. Research suggests that an early human could gather enough wheat berries in just 2 hours that would nourish them for an entire day… and why not? (3) Chomping on some wheat berries safely hidden by some tall grass was much easier than chasing down a lion or gazelle for breakfast, lunch and dinner.

As wheat is loaded with important proteins, essential fatty acids, vitamins and minerals, such easy access to such a nutrient-dense food supply may have played an important role in our early human evolution. The addition of meat to the early human diet came much later.

Early humans did not start scavenging already-dead meat like hyenas until 2.5 million years ago – a million or so years later. (2) The earliest definitive evidence of early humans hunting their own meat did not happen until just 500,000 years ago, just before the appearance of the modern human. This evidence powerfully suggests that we have only been regularly consuming meat or hunting for 500,000 years, and we have been eating wheat for 3-4 million years. According to the science, we have millions more years of genetics to eat wheat than we do meat. (2) So, how can experts say we do not have the genetics to eat wheat?

As I cite in Eat Wheat, there is ample evidence that we are well genetically adapted to eat wheat. For example, there are wheat- and gluten-digesting enzymes in the saliva of the mouth, esophagus, stomach, small and large intestines – that’s the entire digestive tract. There are also numerous wheat-digesting microbes that support this process at every stage of digestion as well. Clearly, we are well-equipped to digest wheat. So… why all the fuss?

I get it. People feel terrible when they eat it. Join me in my best work to date, Eat Wheat, and let me teach you how to digest this amazing grain once again. One final note about the Paleo Diet: Anthropologists who study the diets of ancient humans will tell you that there isn’t much “Paleo” about the Paleo Diets. The science is in – ancient humans and hunter-gatherers alike ate grains as a very important part of their diet – as much as 70 percent. (2) While eating nothing but meat and veggies may help you lose weight, it is not a sustainable diet nor one that we are genetically adapted to eating.

Stay tuned for more newsletters and blogs on this topic, as I continue to dig into the logic, ancient wisdom and science of how to safely bring wheat and dairy back into your diet.

Are You Gluten-Free? You Might Not Have To Be… Take the Quiz Now!

This article was reproduced with permission from Dr. John Douillard, DC © September 1, 2016. Original Document, Are You Gluten-Free? You Might Not Have To Be.

Next post Maha Date Milkshake: Soma In A Cup