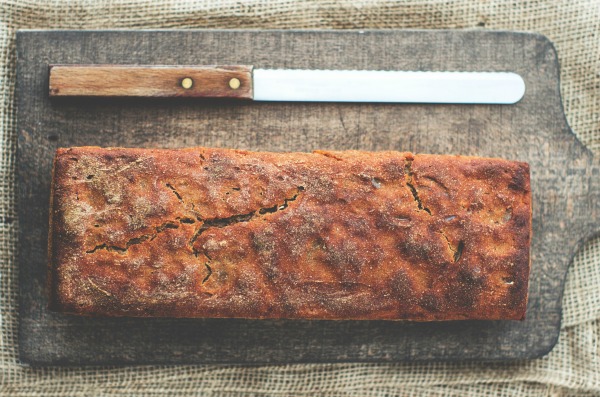 For the 98 percent of the population NOT diagnosed with gluten sensitivity, celiac disease or a wheat allergy, going on a gluten-free diet might actually do more harm than good. Before you go gluten-free, please read this article.

In one study, 10 healthy thirty-year-olds were put on a gluten-free diet for one month. Analysis of their BM’s and food intake indicated that their numbers of healthy gut bacteria decreased. More surprisingly, the numbers of unhealthy bacteria increased.

Based on their findings, the researchers concluded that a gluten-free diet, even for just one month, could alter the microbes in such a way that it could cause the immune system to be compromised, not only in the gut, but also in the peripheral blood vessels. (1)

While there are many studies that link a diet rich in whole wheat to lower cholesterol levels, the wheat fiber, specifically, has always been assumed to be responsible for this health benefit.

However, in one study, folks who ate a diet high in fiber and gluten saw lower triglyceride levels than folks who followed a diet that only increased fiber levels. (3) This suggests that the gluten, and not the wheat fiber, which is typically credited with cholesterol-lowering and heart health benefits, may be the factor responsible for lowering triglyceride levels.

In one recent study, mercury levels were compared in three groups of people:

The group of celiac patients that had been on a gluten-free diet had 4 TIMES the amount of toxic mercury in their blood compared to the other two groups. (4)

As we can see, while removing gluten from one’s diet may seem like a healthy idea, there may be unintended consequences.

The researchers found that the farm kids who were exposed to more dust, mites, and respiratory irritants had more white blood cells (WBCs) than urban kids, suggesting that the immune system does indeed respond to stimulation.

When we take all the digestive stimulation out of the diet by removing foods that are somewhat harder to digest, we may also be removing an immune-boosting stimulus that we have developed for millions of years. Remember, we have been consuming wheat and cereal grains for almost 4 million years – not 10,000 as is purported. (9)

The concept that our overall health and immunity is determined and boosted by irritants and certain toxins is called “The Hygiene Hypothesis.” Since the discovery of the microbiome, this theory is gaining much traction and certain harder-to-digest foods, like wheat, may turn out to be important immune-boosters. (5)

For celiac patients, gluten-free diets have been linked to nutritional deficiencies, and even weight gain. Numerous studies have demonstrated that gluten-free diet products are poor sources of minerals (such as iron), vitamins (such as folate, thiamine niacin and riboflavin) and fiber. Therefore, the nutritional content of gluten-free foods is an increasing area of concern. (6)

In one study on adolescents with celiac disease, they found that following a gluten-free diet lead to greater nutritional imbalances, weight gain and obesity compared to the control group that did not eat a gluten-free diet. (7)

For more compelling research (over 600 studies!) on this topic, check out my new book, Eat Wheat: A Scientific and Clinically-Proven Approach to Safely Bringing Wheat and Dairy Back Into Your Diet. Join me as I take you on a journey to re-introduce wheat and other hard-to-digest proteins back into your diet. Eat Wheat reveals hidden science on the benefits of wheat and dairy, helps you navigate around food toxins in modern wheat and dairy, teaches you how to flush congested lymphatics linked to food intolerance symptoms and ultimately retrains your body to digest wheat and dairy again.

Next post How To Offer Safety In The Presence Of Trauma