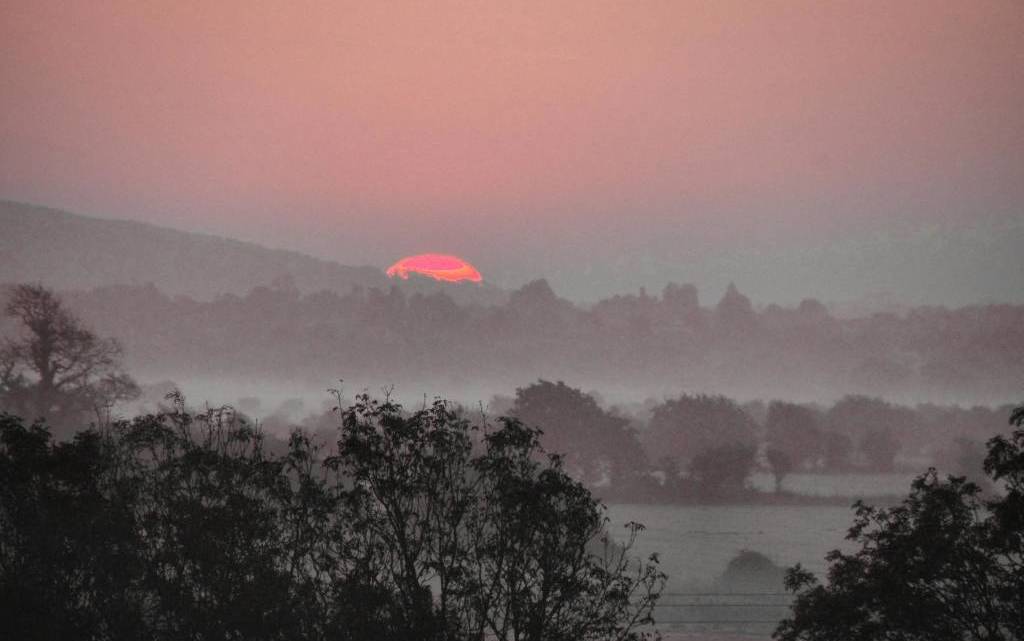 According to Ayurveda, our biological, material, and spiritual instincts play out over a canvas that is larger than one single lifetime, and rather extends over several births, even as the spirit weaves its course by entering several bodies and living out many lives that dot this self-chosen voyage of evolution of consciousness. We also see all three instincts erupting and expressing themselves in full passion and color, all within the few decades of one short lifetime.

This is the first type of consciousness that is bound and locked in the body, which reveals the biologically rooted consciousness (prana ishana) that we all possess from the first moment of birth. This consciousness leads us to stay alive to participate in this drama called life. Now, the actor is on stage at last – let the story unfold. Thanks to this instinct, we protect our health, participate in health-increasing measures like Ayurveda, and value our biological life dearly, over and above everything and everybody else.

When this consciousness is disturbed, it can lead to self-destruction and self-sabotage via neglect or disease, self abusive choices, over-eating or even under-eating, etc. Wishing for death, eating disorders, self-hurting, etc. are the manifestations of the disturbed playing out of a divinely placed instinct.

If all living creatures, from the smallest ant to the great human being, were not animated by this instinct, the world would come to a dead halt. The business of life would seem so contrived and superficial because we all would just curl up and await our end. But instead, prana ishana makes us run from doctor to doctor, work hard to earn money for food, and stay alive every which way we can. We plead, bargain, threaten, and pray just to play out this gut instinct as long as we can.

Ayurveda celebrates this consciousness and invites its healthy unfoldment via Ayurvedic measures that promote positive living and health promoting measures.

The second type of consciousness (dhana ishana) is bound up with the material universe and it connects the biological self to the phenomenal world. The self is now reflected in the material glories of the world. We chase objects of pleasure, clothes, large houses to stay in, land, property deals, hefty savings accounts, etc. Together, this pursuit of external objects, yearnings, wishes, desires, and dreams make up an important part of our life. We live through them and these material pursuits give purpose to our life, in a day to day sense.

In a healthy way, this consciousness motivates us to work hard, labor, become creative and entrepreneurial to achieve the basic necessities of life, and upon achieving our material goals, we make our biological life more comfortable.

In an unhealthy sense, this inner drive can drive us out of control. The need for wealth and comforts can turn into a slavery of wealth. This is the case of money for money’s sake, while we live like misers and paupers inside our heart. Ayurveda invites each one of us to indulge our instinct for accumulation in a healthy and happy manner.

Ayurveda does not preach some staid chastity or morality of abstinence that prevents you from enjoying this world and its pleasures while you are journeying through it. Ayurveda actually validates it by recognizing it as a rooted instinct that needs expression – a healthy one.

Lastly, the third instinct, paraloka ishana or moksha, is the playing out of an evolved consciousness that has surpassed the body and this dazzling, phenomenal world in its search for transcendence and release from any bonds that the first two may impose. This is why the wandering ascetic cares not for the body and the wealth of the material world; driven by his divine instinct or consciousness, he sings of that which is beyond.

We are all born with all three instincts, or levels, of consciousness, but we may play them out one by one, or all at the same time. It is often the healthiest people who are ultimately, in the long run, able to accumulate the maximum wealth (ill health imposes poverty and other limitations), and in due course, even this tremendous wealth is not enough.

Now, begins the playing out of a third type of consciousness, which fuels the striving and searching for that elusive something, which lies out of reach of the healthy body and the fat wallet. That is the instinct of paraloka ishana, or the impulse to seek wholeness, activating itself.

The Goal of Self-Realization

This is the law of life. Whether we are awake through this process, or asleep, it does not matter. We are born with all three instincts, and sooner or later, this last instinct of Self-Realization or God-Realization will get activated fully and kick into action, all of a sudden or gradually, in this lifetime, or in the next few.

This is why people with completely non-spiritual backgrounds (even a history of shunning it) do a complete 360 in their life, and check into ashrams, seek gurus, sign up with churches, live on the footsteps of mosques, meditate on the steps of temples, wander away in forests and mountains, and write ethereal odes to free birds and lonely sunsets.

Others may comment upon this ‘weird’ behavior, counsel them to return to sanity, but this crazy one is, indeed, on another trip altogether. In spite of, and against all odds, galvanized by his or her own deeply imbedded instinct for wholeness, this ‘strange’ but resolute one has set out to realize his or her own divine inner self, which is none other than God. This is the completion of the third instinct – paraloka ishana.

Our spirituality is inbuilt – not a fashion statement, new age trend, or even an escapist fantasy.

To question a spirit’s spirituality, is like asking an ocean if it knows about water. The spirit shrouded in a body is, at last, compelled to seek its own spirituality, to break free from its beautiful and marvelous body suit and see itself everywhere and in everything. The body is the vehicle. The world of experiences and contrasts is the medium. The goal is Self-Realization.

As the spirit journeys through life, different instincts get activated, at different times, based upon the embodied spirit’s unique journey and evolution of consciousness. This is why, for some people, the last and loftiest instinct, namely, that of Self-Realization, gets activated from childhood itself. This instinct almost seems to dominate, or put the first two instincts into the shadow. Many monks, saints, sages, renunciates, nuns, priests, humanitarians, social workers, and other selfless beings, along with several Self-Realized Gurus and God-like beings belong to this category.

The timing of when which instinct will get activated, or which of the three will come to dominate the other two cannot be predicted at all, as each journeying souls’ course is uncharted, unique, and moving along perfectly in its own singular path. The dominant instinct in any given time will activate related desires, thoughts, actions, and fruits of such actions (karma). Through the playing out of the instincts, we can intimately know and heal our biological, material and spiritual self.

Acharya Shunya Pratichi Mathur is the Founder of Vedika Global, Inc., a non-profit Vedic foundation that supports an awarded international School of Ayurveda and Vedic Studies, sponsors community welfare initiatives, and delivers charitable wellness through global projects. She is also current President of the California Association of Ayurvedic Medicine (CAAM) and an Advisory Board Member of the Association of Ayurvedic Professionals of North America (AAPNA). For her trailblazing work in reviving Gurukulam system of education in Ayurveda, Acharya Shunya was formally bestowed the Mother Padmavati International Ayurveda Award by the prestigious Institute of Indian Medicine, Pune, India (2010); the Nalanda Award for Excellence in Ayurvedic Education in North America by AAPNA (2010); and was honored by Ayurveda Yoga Upachar Research Activity Foundation AYURA (2013), and, Foundation for Education and Research in Ayurveda and Traditional Systems of Medicine – FERATSM (2009) in India. Acharya Shunya’s work has been featured in the San Francisco Chronicle, Yoga Journal, and Tathaastu Magazine. She teaches year-round to medical students and lectures in classrooms, conferences, and seminars worldwide.

About the Author Vedika Global